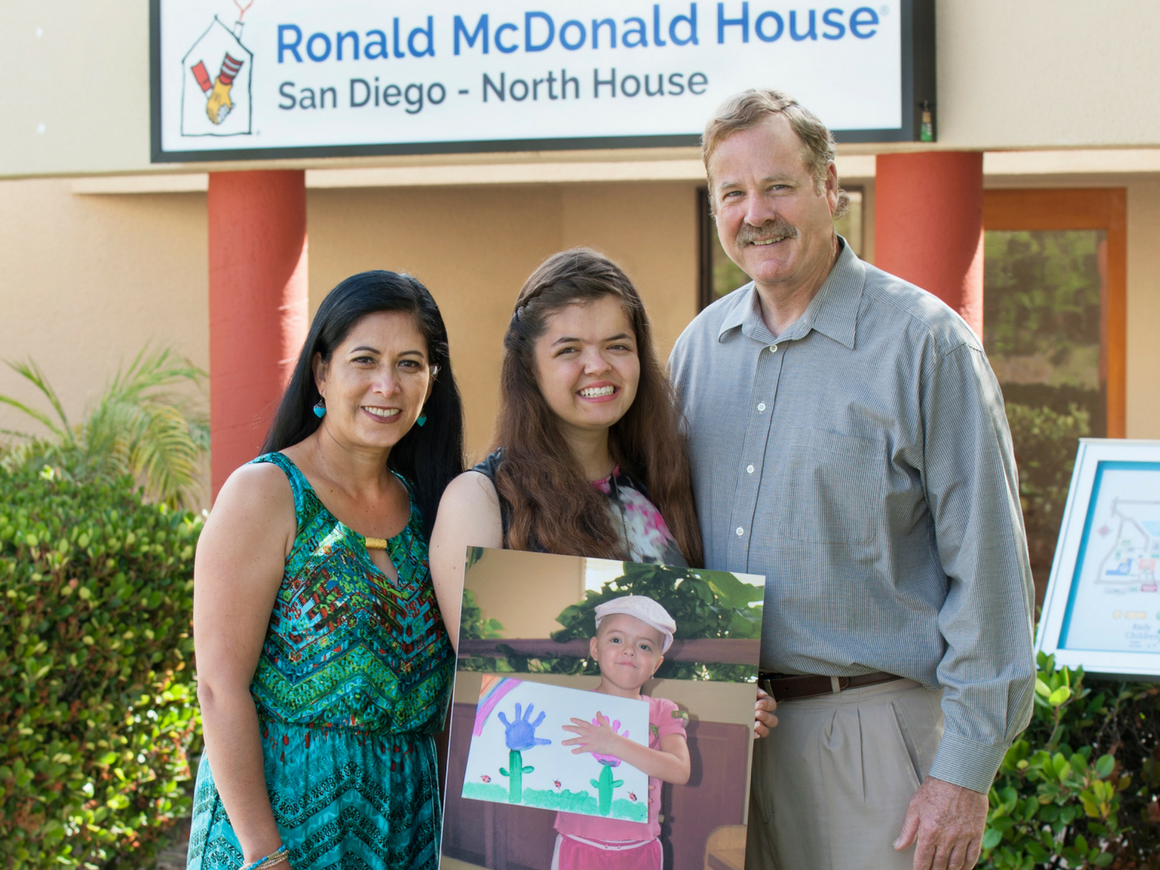 Cassandra Junkin’s parents knew something was wrong when their usually cheerful four-year old was too listless to play. It was Valentine’s Day, and she had no interest in cards or sweets. Doctor’s visits and tests revealed the unthinkable: Cassandra had leukemia and needed treatment right away.

That was 10 years ago, in 2007. Leticia and Don Junkin kept close to their daughter by staying at our original Ronald McDonald House. At the time, the Junkins wrote,

Beyond their guest room and life’s basics like laundry and kitchen equipment, Leticia valued having computer access to research Cassandra’s treatment. The Junkins could relax over a free hot meal every evening at the Ronald McDonald House. It’s even better for families today, as our guests now have access to three meals daily, free of charge.

After a month as an inpatient, Cassandra could leave the hospital, but she had to stay close for ongoing treatments and readmission in case of emergency. For the next several months, Cassandra lived with her parents at the Ronald McDonald House. Cassandra kept active with toys and crafts in the playroom. She felt happy and secure there.

Even so, treatment wasn’t easy. Leticia remembers times when Cassandra was crying and in pain during tests or treatments at the hospital.

Cassandra would struggle and say, “I want to go to my Ronald McDonald House.”

Moments like that are heartbreaking. Fortunately, we were right across the street, waiting with a hug on her return.

Cassandra’s days of chemotherapy are long behind her. Now a high school student in Coronado, Cassandra enjoys drawing, hanging out with friends, and spending time with her three dogs. And for families who come to the Ronald McDonald House in their time of crisis, her parents offer this advice:

Remember you’re not alone. The Ronald McDonald House will have people who understand what you’re going through, who can help you gain strength for the next day.

The Junkins are one of over 12,000 families who stayed at the original Ronald McDonald House between 1980 and 2009. On July 13, 2017 it will reopen as the new North House, and the Junkins will be there to celebrate.

About the North House Expansion