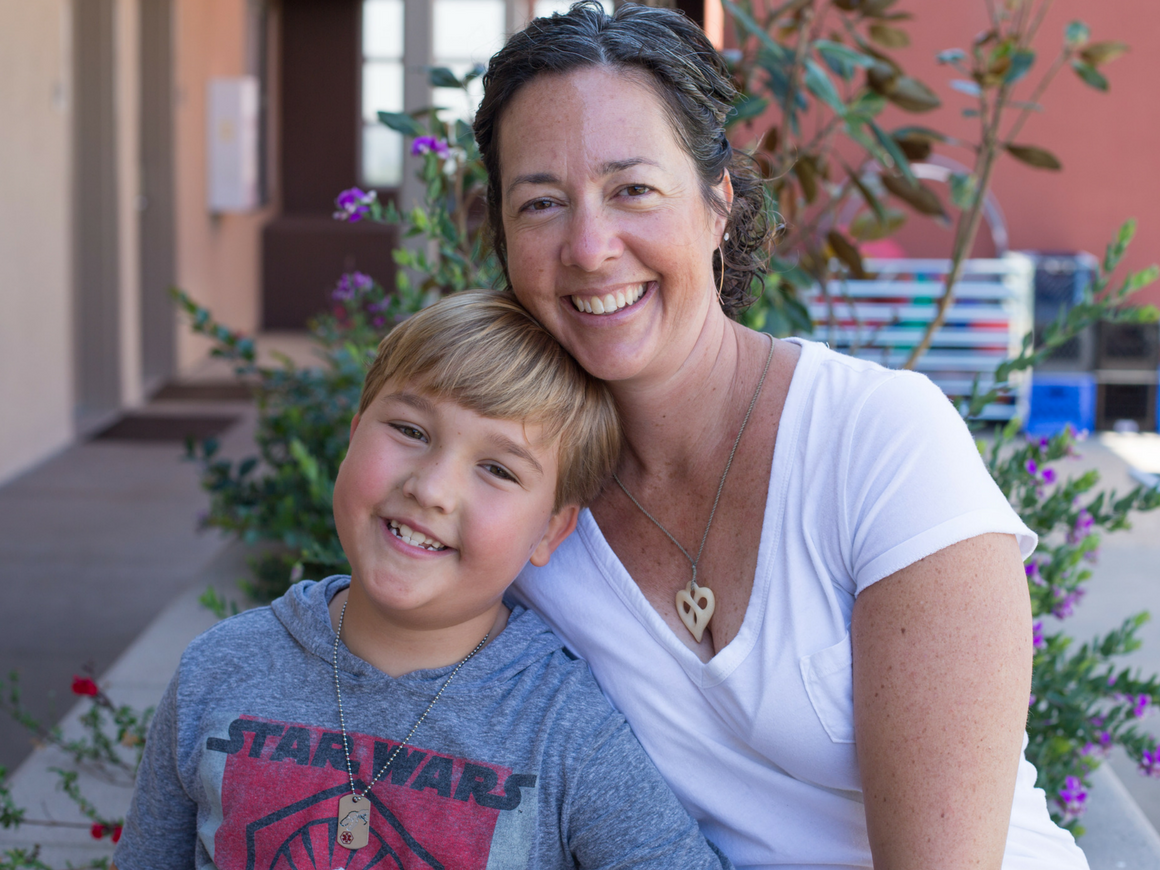 We’ve been delighted to get to know Milo Bingham and his parents over the years – this sweet boy is pictured here with his mom, Janet. But at his birth eight years ago, his parents  got terrible news: Milo had a rare, complex heart defect that needed immediate open heart surgery for the best chance at life.  And this advanced care wasn’t available at their Hawaii hospital.

Crossing the ocean to save their baby’s life

Baby Milo was flown from Hawaii to San Diego, with his parents traveling right behind. They were exhausted and flooded with worry and fear. Fortunately, these long-distance travelers found a “home-away-from-home” at San Diego’s Ronald McDonald House.

The Binghams didn’t know what to expect – either with Milo’s recovery, or in their stay at the Ronald McDonald House. Janet wondered if they’d feel overwhelmed with sadness for their child, as well as for the other families whose children were battling life-threatening medical conditions.

Instead, the welcoming and peaceful atmosphere at the House made it “just where we needed to be.” Connecting with other families helped these new parents cope with the ups and downs at the hospital.

You wouldn’t know it by looking at him now, but Milo’s had four open-heart surgeries and several other major procedures in eight years. We’ve seen him grow into a bright and enthusiastic boy with a passion for Legos and roller coasters.

Milo will continue to need surgeries to help his heart as he grows, and it’s a roller coaster of risk and worries every time.

Milo gets scared at the hospital, and he knows it’s going to hurt. But when Milo learns it’s time for another surgery, he asks his parents, “Will we go to the Ronald McDonald House?”

Janet notes that “Milo absolutely LOVES the House. It gives him a chance to play and feel the love and support of his Ronald McDonald House friends before and after his operation. It makes the thought of surgery bearable.”

The Binghams have since moved to California, where they can be closer to Milo’s care and his favorite surgeon, Dr. John Lamberti at Rady Children’s Hospital. We went with Milo on a day of fun in San Diego and made a video so you can see just how adorable he is. Milo’s message? “I’m so grateful and thankful for the Ronald McDonald House!”