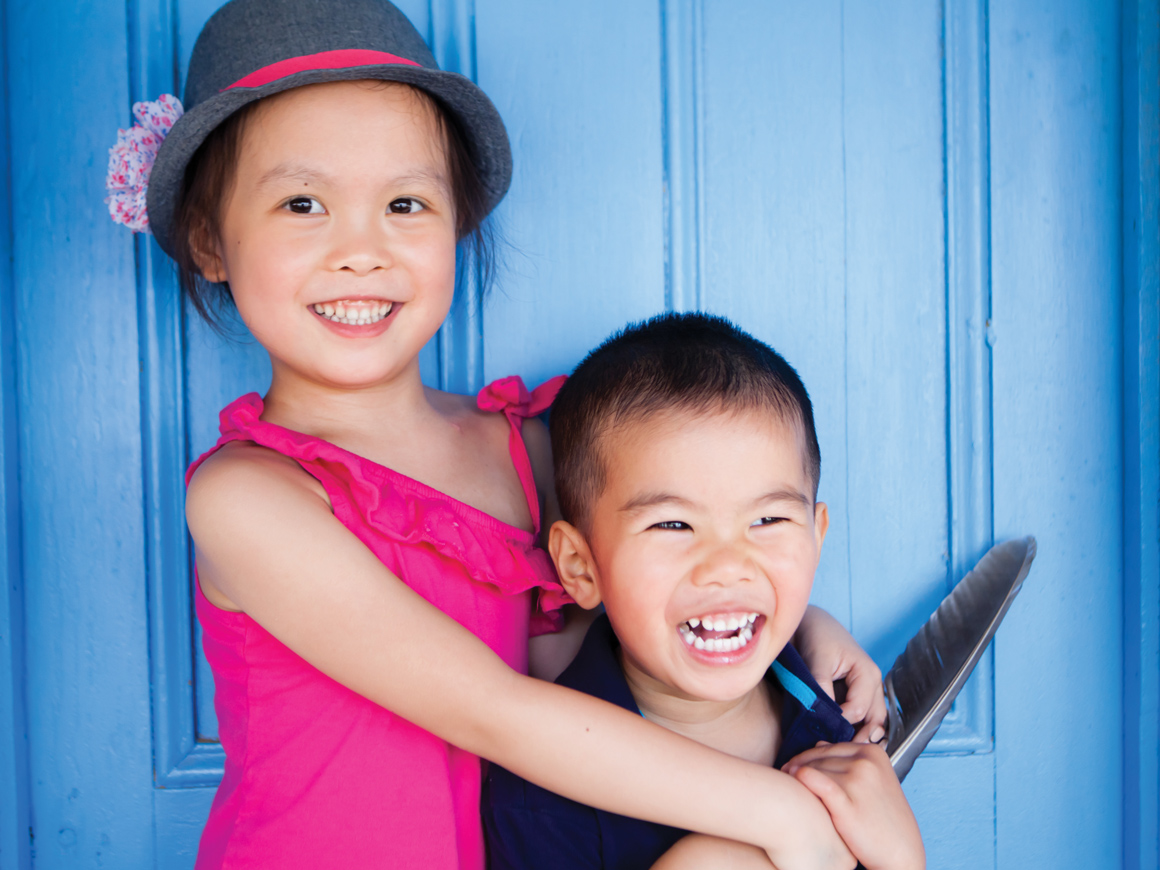 When Patrick Sy plays superhero, you can believe him. At just three years old, he became a super donor for his big sister and best buddy, Rina Sy, who was diagnosed with leukemia shortly before Mother’s Day last year.

Parents Marianne and Keith Sy spent several months at Rina’s hospital bedside, helping her endure three initial grueling rounds of chemotherapy. Anxious and exhausted, they tried to comfort Rina, who waged battles against taking medicines that “taste like poison.” Patrick fought back against the upheaval in his life with tantrums and separation anxiety. The Ronald McDonald House was essential to bringing them peace and helping them cope.

“Coming to the House took us out of our crisis survival mode,” says Marianne. Nearly every day, Keith and Marianne would take hot meals from the Ronald McDonald House back to the hospital where they could be with Rina.

Marianne remembers the unexpected luxury of getting her hair done by volunteer licensed stylists at the Bernice Lavin Salon, and the comforting hug of Sandy Camarillo, Ronald McDonald House Charities of San Diego’s former COO. A coincidence is that years earlier, Marianne had helped Sandy obtain energy efficiency incentive funding from SDG&E through her work there. “I can’t begin to explain how it felt to be using the House, after being involved in its construction.” 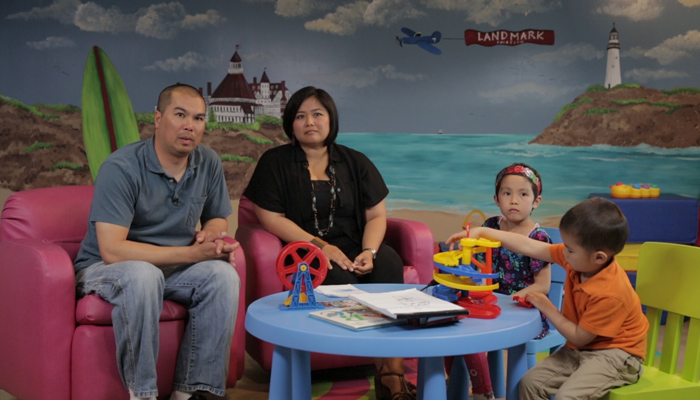 Patrick and Rina: A Perfect Match

Much-needed good news came when Patrick turned out to be a perfect match for a bone marrow transplant, which offered the best chance for a cure. Parents and grandparents all stayed at the Ronald McDonald House in the weeks preceding the transplant. When the big day came, a pajama-clad Patrick crossed the street and chatted away with Rina during an uneventful yet life-transforming procedure.

Rina has shown remarkable resilience in withstanding more chemotherapy, radiation, and one hundred days of medical isolation after her transplant. She’s back at home, eagerly taking part in getting her favorite Filipino fried fish and rice on the dinner table.

A New World of Normal

Patrick is active among the superhero players at preschool, and Keith and Marianne are navigating a new world of “normal” after what felt like a year at war. After this experience, their family bonds are stronger than ever. “You don’t think about spending any time on yourself when your child is in the hospital,” recalls Marianne. “The generosity was overwhelming. We are so grateful for everything.”