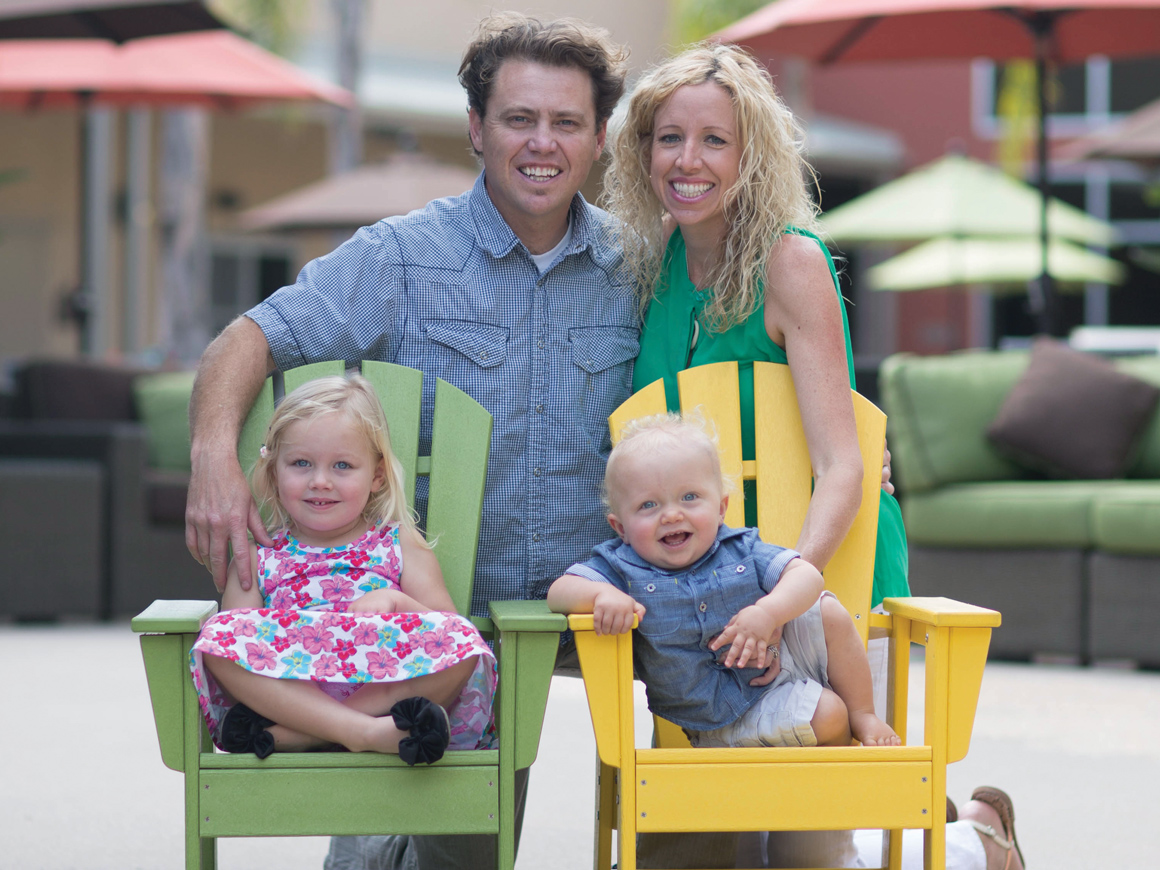 Life was busy during May 2014 for Robe and Meridith Whittemore, a firefighter and event planner raising a toddler girl in Point Loma. These active, beach-loving parents were eagerly expecting their second child. Yet everything changed at 37 weeks, when routine ultrasound showed blood on their baby’s brain.

Doctors ordered an emergency C-section, and rushed their baby to intensive care at Rady Children’s Hospital. Reef had a swelling on his brain called an AVM—a potentially life-threatening condition with an uncertain impact on Reef’s development.

Meridith and Robe were overwhelmed with anxiety. At this critical time, they were apart from each other and their new baby. Adrenaline carried Robe through the next two days as he dashed between his son and his wife, still recovering at Sharp Mary Birch Hospital for Women & Newborns. Then a social worker took him aside and suggested he go to the Ronald McDonald House. A room was waiting for him. Says Robe,

At times, we were spending twenty hours a day at the hospital. Being able to stay near Reef, and to have a place to sleep and meals to eat—it was incredible.

Meridith joined Robe as soon as she could, and together they dove into the unknowns of their baby’s new life. The Ronald McDonald House gave them stability and kept them close to Reef. At six days old, Reef had surgery. In the next weeks, he would also need a blood transfusion. After a month, Reef was ready to go home. He’s doing great, and doctors are expecting no long-term impact on his health or development.

Their two-year-old daughter, Brighton, joined them at the House, where she could get the hugs she needed from mom and dad and find some normalcy by playing with other children. The Whittemores made connections with other families—especially some from Hawaii, where Robe lived for many years.

Looking back at their time at the Ronald McDonald House, Meridith says,

It doesn’t matter who you are, or what your issue is. You’re treated with respect and care.

She gets emotional just thinking about the Ronald McDonald House. “There’s nothing better. I want to donate and raise money to help them for the rest of my life.”

New Members of the Club

In fact, their extended family has come together for Reef and the Ronald McDonald House. Robe’s firehouse is teaming with his brother’s motorcycle club to serve lunch for families. Meridith’s mom, Cristine Gee, is now a front desk volunteer. Robe’s brother-in-law is an engineer with DPR Construction, which takes part in Tables for Tots, a design event benefiting the Ronald McDonald House. The Whittemores volunteered for Red Shoe Day, too.

“We’re members of the club now,” says Robe. “We’ll always look for ways to give back.”